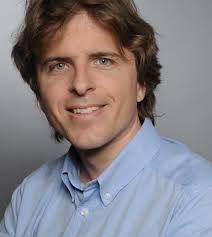 Stefan Schmid is a Full Professor at University of Vienna, Austria (personal homepage).

Abstract of the tutorial: Network traffic is growing explosively, and next-generation workloads, e.g., related to (distributed) machine learning and artificial intelligence, will further increase the amount of traffic headed for and between the world’s data centers. This quickly growing demand pushes today’s wide-area and datacenter networks towards their capacity limits. While over the years, several interesting new network architectures have been proposed to improve the efficiency and performance of such networks, especially in the context of data centers, these networks often have in common that their topology is fixed and cannot be reconfigured to the traffic demand they serve.

This tutorial discusses a different approach to operate networks: reconfigurable networks whose topology adjusts to the workload in an online manner. Reconfigurable networks are enabled by emerging optical technologies, allowing to quickly change the physical topology at runtime. This technology also introduces a vision of demand-aware networks which tap a new optimization opportunity: empirical and measurement studies show that traffic workloads feature spatial and temporal structure, which in principle could be exploited by reconfigurable networks. However, while the technology of such reconfigurable networks is evolving at a fast pace, these networks lack theoretical foundations: models, metrics, and algorithms - we have fallen behind the curve. The objective of this tutorial is to help bridge this gap, and introduce to the ITC community a rich and potentially impactful research area, which touches many core topics of the conference. We first discuss technological enablers and report on motivating empirical studies. Our main focus in this tutorial then is on the new models and algorithmic challenges introduced by this field. In particular, we will review existing algorithms and complexity results, and highlight future research directions.

Urtzi Ayesta is currently a CNRS researcher working at IRIT, Toulouse, France and he also holds an adjunct lecturer position (part-time appointment funded by Ikerbasque) in the Computer Science Faculty at the University of the Basque Country, Spain (personal homepage).

Abstract of the tutorial: Load balancing is a fundamental problem in many application domains such us clusters of web-server nodes, database systems, grid computing and inventory routing. An emerging approach that has received lot of attention is redundancy, which consists in sending several copies of the same job to multiple servers. We will cover known existing results, a present a token-based framework that subsumes existing frameworks, including redundancy systems and Order Independent queues. Under appropriate assumptions, the steady-state distribution is of product-form, and performance metrics can be analyzed. We will also discuss open questions and future research directions. 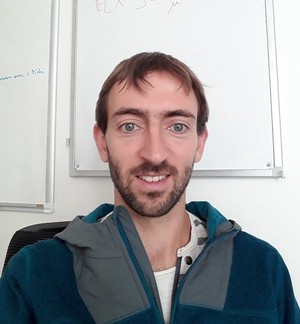 Abstract of the tutorial: Mean field approximation is a widely used technique to study stochastic systems composed of many interacting objects with applications from theoretical physics to biological models and artificial intelligence. In computer science, mean field approximation has been successfully used to analyze the performance of many distributed algorithms, including allocation strategies in server farms, caching algorithms and wireless protocols.This tutorial will be composed of two parts. In the first part, I will introduce the key concepts behind the classical mean field approximation. By using some of the classical models, I will show how the method can be applied and give ideas of where it cannot be applied. In the second part, I will talk about more recent results, first, how accurate is the approximation for finite systems and second, how to use this result to define a refined approximation to make it applicable for a few tens of objects.